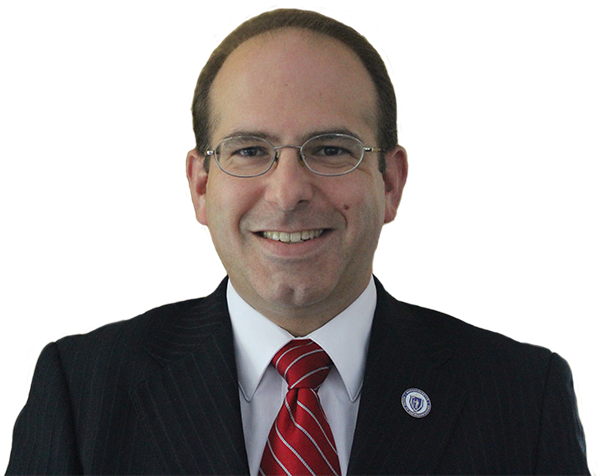 State Representative and Eagle Scout David T. Vieira was born and raised in Teaticket, MA.  He is married to Rebecca Vieira a print artist and assistant principal for the Falmouth Public Schools.  They reside in East Falmouth with their daughter Emma Marie.  David graduated as the Roll of Honor student from Falmouth High School in 1993, received his BA in Communications, Legal Institutions, Economics, and Government from The American University in Washington, DC in 1997.  He was inducted into the Pi Sigma Alpha National Political Science Honor Society upon graduation.

During spring break of his senior year, David returned to Falmouth to pull nomination papers for town meeting. He was elected a town meeting member the week he graduated.  David attended his first Falmouth Town Meeting at the age of 12 to write a Boy Scout report for the Citizenship in the Community merit badge. That night he asked his father what it takes to be moderator. One year after returning from college he was elected the youngest town moderator in Falmouth's history and reportedly the second youngest in the history of the Commonwealth.

David appointed the first Town Meeting Rules & Procedures Committee and launched the first Town Meeting Member Orientation program. David rose to the position of director of the Massachusetts Moderators' Association a year later where he served two terms before having to step down due to term limits. David was again elected by his peers to serve as director of the Association after taking a year off. As director David served on numerous panels and committees working to preserve the town meeting form of government, and also trained many new moderators across the Commonwealth.

David earned his Masters of Public Administration from Suffolk University in Boston in 2004 and was inducted into the Pi Alpha Alpha National Honor Society for Public Affairs and Administration. During his tenure at Suffolk, David attended policy seminars on economics, government, and politics at the Charles University in Prague, Czech Republic; the oldest institution of higher education in Eastern Europe.

Representative Vieira was honored when elected by his peers as a freshman legislator to serve as a director of the Massachusetts Legislators’ Association in May of 2012.

Representative Vieira served as the only House member of the Governor’s Special Commission on Compounding Pharmacies addressing the deadly New England Compounding Center meningitis outbreak in 2012.  He helped craft the Governor’s recommendations and legislation for improved pharmacy oversight and later served on the Conference Committee to resolve differences between the House of Representatives and Senate.

Vieira served in 2013 as a member of the Special Commission on Early Education & Care Operations and Finance.  Cape Cod Child Development honored Representative Vieira for his work on the Special Commission with the 2014 Community Service Award for “his advocacy, leadership and commitment to addressing the issues effecting children and families across the region.”

In his free time David enjoys camping, mountain climbing, kayaking, and hiking. He is also known to hit the dance floor occasionally to swing dance to the big band tunes of Stage Door Canteen.

David was a deputy sheriff prior to his election as state representative.  In 1999, David began working for Barnstable County Sheriff James M. Cummings as Special Assistant to the Sheriff developing and implementing various youth programs at the Sheriff's Youth Ranch including the Youth Cadet Corps which incorporated the Botvin Life Skills training program.  He launched the senior citizen crime prevention & safety program known as Triad.  As the Triad program began to spread across Cape Cod, David assumed the position of Director of Senior Programs.  In this capacity he facilitated the implementation of the File of Life program, Alzheimer's Safe Return program, and comprehensive house numbering program to name a few.  He received the 2005 Safe Return Award from the Massachusetts Alzheimer's Association for "exceptional public service on behalf of Massachusetts residents with Alzheimer's Disease."

In this new role David started the first Community Emergency Response Team (CERT) on Cape Cod.  He also trained and coordinated involvement of CERT teams in the Town of Falmouth, Mashpee, and Sandwich.  David served as a representative to the Falmouth Local Emergency Planning Committee in addition to his involvement with the Barnstable County Regional Emergency Planning Committee.  David was founder and chairman of the Cape Cod Citizen Corps Council, a group dedicated to preventing, preparing for, responding to, and recovering from terrorist attacks, major disasters, and other emergencies.  Citizen Corps partners and affiliates utilize volunteers in all phases of emergency management.

2004 was the largest hurricane season in US history.  FEMA had experienced a shortfall in disaster assistance employees after the landfall of Hurricane Frances.  David, along with a half dozen of his trained CERT members, volunteered to assist FEMA with disaster recovery operations in Florida.  David left Cape Cod to work two weeks in Florida, however upon arriving in Atlanta, GA for his deployment Hurricane Ivan made landfall and moved across the state of Georgia.  David ended up being promoted to deputy state coordinator of community relations for Federal Coordinating Officer James Russo.  In this capacity David oversaw 100 disaster assistance field officers working on preliminary damage assessments, disaster recovery centers, community relations, and individual assistance.  David returned to Falmouth two days before the November 2004 Falmouth Annual Town Meeting, having lengthened his stay from two weeks to over two months.  His tenure with FEMA earned him an appointed to the Department of Homeland Security's Citizen Corps deployment working group.

David's experience with FEMA in 2004 was valuable to the Cape after Hurricane Katrina in 2005 when then Governor Mitt Romney accepted hurricane evacuees at the Massachusetts Military Reservation.  David coordinated the response of the Barnstable County Sheriff's Office CERT and oversaw the processing of, and then managed over 300 spontaneous volunteers who worked the shelters and warehouse operations for two months.  The Adjutant General of the Commonwealth appointed Vieira as the civilian access coordinator for the MMR for the term of Operation Helping Hand.

David currently serves on a number of local, state, and national nonprofit boards:

David has volunteered his time serving the Cape Cod community over the past decade in the following positions:

A few of the honors and awards David has received for his community leadership include:

You can join us using

Created with NationBuilder – Theme by Tectonica